The act of domination appeals to people from all backgrounds. It’s often the case that those who are in commanding/ stressful positions like to be the ones in the submissive role. This role reversal is quite common regarding powerful men wanting to be dominated. Equally, those of lower status may feel the need to play the role of master. The truth is, we all need an escape from reality from time to time, so making our sex life the polar opposite of what we experience on a daily basis makes us feel like we’re in control.

You’ll find that any routine you have will get boring after a while. As humans, we don’t like to endure too much routine which is why we’re always seeking an escape, preferably an escape into the unknown. Imagine being a high-powered CEO who gets what he wants, when he wants. You’ve got to imagine that from time to time, even this guy will want to give up his power. Giving up control is a way for him to feel a sense of release, a time in which he can let his hair down as his mind roam free. 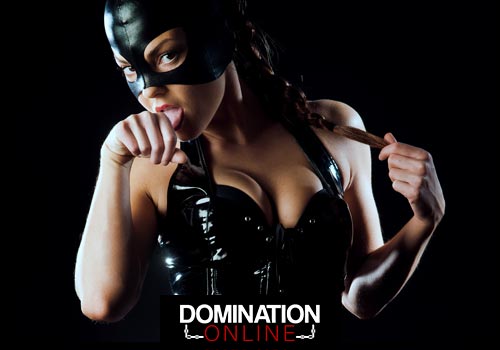 The Power in Submission

Powerful men like to be dominated so they can prove their worth–they may have gone years since last having to do this. Due to the social convention of the male assuming the active role and the woman the passive; guys who desire to give up their spot of dominance are rarely able to do so. 50 Shades of Grey has done a lot to reshape how people view BDSM (bondage and discipline, dominance and submission, and sadism and masochism. It is believed that having power over other people reduces one’s inhibitions, a trait that can lead to the unethical treatment of others. On the flip side of that, in regard to sex, it may encourage the power-holder to be more liberal and explorative within their sex life.

Fetish Clubs in the UK

Sex clubs and adult chat lines are very appealing to men who wish to be dominated. Going to a sex club, a place in which you may not know anyone, allows someone to assume any role they like. Provided that they protect their identity, they can almost lead a double-life in this respect; the same can be said for a man who calls into a sex line to venture into his wild side. Furthermore, these men can explore their desires with like-minded people. There are men who have very extreme fetishes that may be too ashamed to share them with other people. However, in place in which they can be anonymous, they can live unapologetically. Some men also have kinks that they’re ashamed of, but under the guise of domination, they can justify to themselves the reason for them doing certain things.